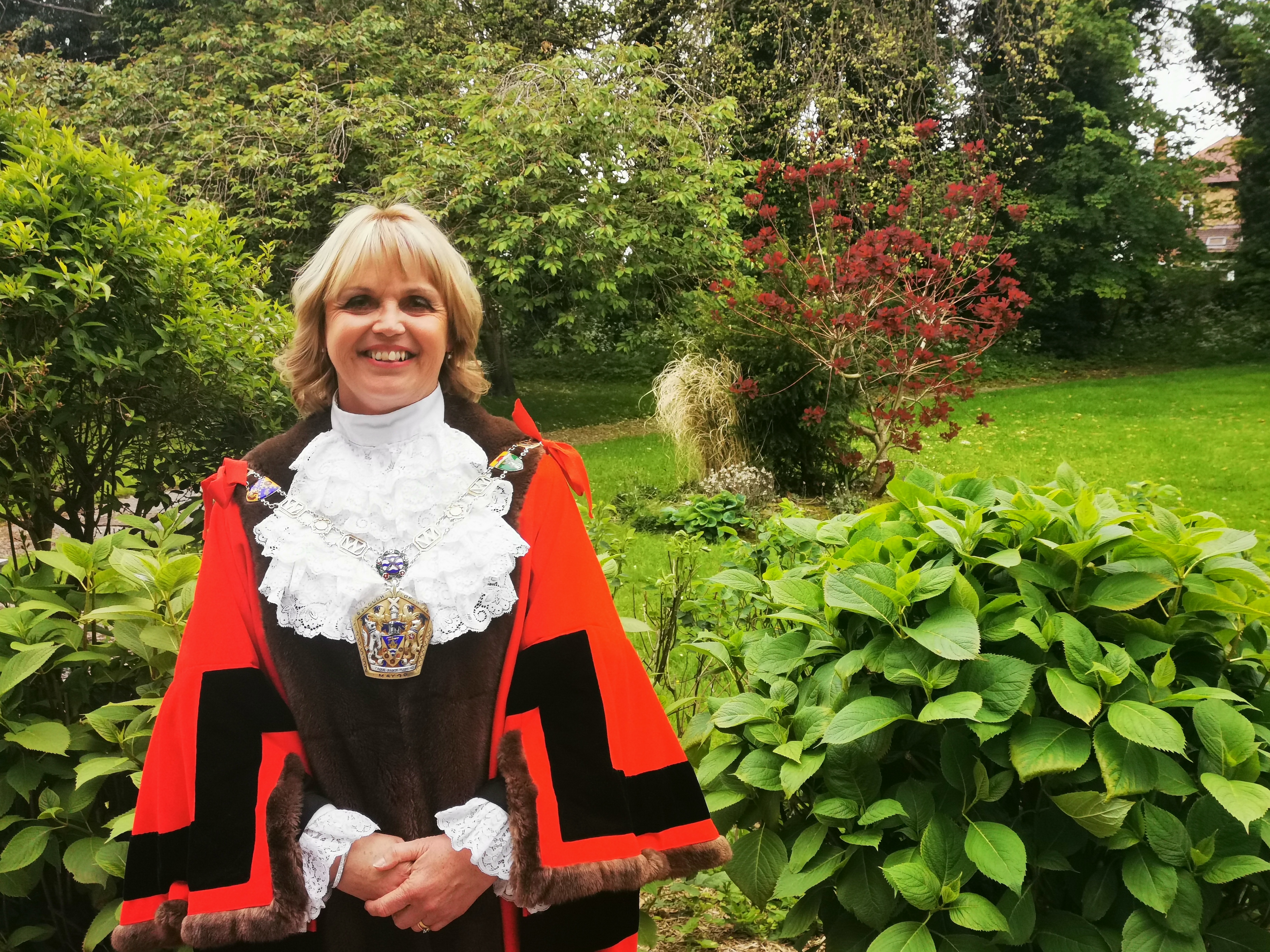 Wyre Council has elected Councillor Julie Robinson as its new Mayor for 2022/23 following a meeting of full council on 12 May. Councillor Sue Catterall has been elected as Deputy Mayor.

Councillor Julie Robinson has served on Hambleton Parish Council for the past 28 years. During that time she set up a toddler group in Hambleton  and helped organise Hambleton Gala for 18 years. She is currently on the Wyre in Bloom committee for Hambleton. She became a ward councillor for Hambleton and Stalmine in 2007 and has served on numerous committees, the last as the Chairman of the Licencing Committee.

Looking at the municipal year ahead, Councillor Robinson is looking forward to meeting people from all walks of life in Wyre. She commented, “As Mayor I hope to visit all communities and all regions of the district, visit new places and meet lots of people across all sections of the community and to be representing the borough”.

Councillor Robinson has appointed Men’s Shed (Over Wyre) as her chosen charity for her term as Mayor. The charity helps tackle social isolation by giving men a place to share skills and knowledge and meet new people. Last year, Wyre Council appointed Councillor Julie Robinson as their Mental Health Champion to raise awareness of mental health issues and the support that is available across the borough. She comments, “As the first person at Wyre Council to hold the position as Mental Health Champion I want to support a charity that offers support in this area. Men’s Shed allows men to get together to build friendships, share work skills and most importantly enjoy lots of laughter”.

During her time as Mayor Councillor Robinson also intends to support SANDS, a stillbirth and neonatal death charity, and Blood Bikes, a voluntary service that provides the transportation of urgent and emergency items. She said, “SANDS is a charity that is close to our family's heart after having lost twin grandchildren. Blood Bikes is a charity that does not get the recognition it deserves”.

During the meeting of full council, Councillor Andrea Kay presented the prestigious Sheraton Trophy to 13 year old Rose Brewin, a rising star who has brought pride to the borough as a result of her achievements.

Rose is an RAF Cadet and became St Thomas’s Rose Queen in July 2019. She has raised nearly £2,000 over the last two years for her church and Brian House. During lockdown she organised food collections so she could create bags of food for her local food bank, enough in each bag to feed a family of four. She created 10-15 bags a week until she had made 100 bags for her local food bank. She also made cakes to go into each of the bags.

In December 2021 she visited a supported living facility in Fleetwood taking iced Christmas cakes she had made for the residents, along with presents for the residents and staff that she had collected. On Christmas Day 2021 she spent the day delivering Christmas dinners to socially isolated people in the Garstang area.

She helps out every week with Sunday School for the younger children, and has sold poppies for the Royal British Legion since she was four years old. She also supports her older cousin, who has autism and learning difficulties, with his shopping and accompanies him to the cinema.

During the meeting the newly elected Mayor appointed Hannah Mullin as Youth Mayor for Wyre. The role of Youth Mayor was created jointly by Wyre Council and Lancashire County Council to help us identify the needs of young people and what's important to them.