From 8 August, you will be required to wear a face covering when visiting the Civic Centre reception and Lockwood Surgery, unless you are exempt. 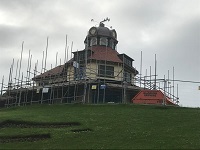 An update from The Mount

Work continues at our restoration project at the Mount in Fleetwood.

Find out more about...